Continued from PoE, Part I.

If you’re a power engineer who has worked on the 802.3af Power-over-Ethernet (PoE) standard, what do you do for an encore?  Simple!  Add MORE power (followed by a Tim-Allen style grunt). 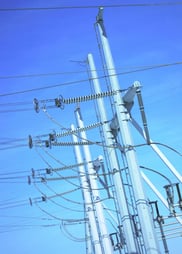 While PoE devices became more efficient and better at conserving power, new wireless access points, cameras, and certain types of security devices all continued to push the limits of the original PoE standard  (802.3af) and the 12.95 Watt power restriction.

The IEEE 802.3at task force committee (who groan loudly at being called, “The Powers That Be”) were pleased with the success of PoE technology but felt that higher wattages (power levels) would enable even greater types of applications.  From May of 2007 through September 2009, these engineers developed Power-over-Ethernet PLUS (PoE+), which they dubbed 802.3at.

PoE+ shares all of the basics that we discussed in Part I, but adds some additional capabilities.  The chart below shows some of the key differences between a PoE and a PoE+ device:

The three key differences to note here are:

At this point, usually a bright young network administrator asks about mixing and matching PoE and PoE+ technology.  As you can see from the table below, it works reasonably well.

A PoE+ Ethernet Switch can support all the older PoE phones and devices, so it has maximum compatibility but is usually more expensive — all of that extra power capability can’t be for free.

If you have a newer endpoint device (PD) that requires PoE+ but is plugged in to an older supply that only provides PoE power levels, the device is required to have some way to notify you that it is being under-powered but the standard doesn’t specify how.  I’m sure creative engineers will come up with some interesting techniques, with sound files and animated gifs being replaced by a boring power LED, once the R&D budget gets slashed.

Negotiating Part 1: Being Typecast and Classified

When a High Power PoE+ device is attached to the network, it performs a two-step process for requesting power.  The first step is identical to a PoE standard device.  (The table below will look familiar to readers of Part I of this article). 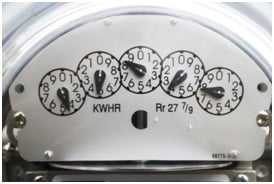 Unlike the original PoE devices, which had only 3 classes set at the time the device was plugged in, the new PoE+ devices are much more sophisticated in negotiating for power.  PoE+ devices can ask for power in much smaller increments and can renegotiate their power needs at any time, depending on what the device is doing.  Such flexibility allows PoE+ devices to implement power-saving modes, such as “sleep” mode, which would use less power than when the device is initially started.

Power Source: This allows the switch to tell an endpoint that it is operating on backup power (and may wish to reduce power usage or perform a safe shutdown).

Power Priority: This allows the switch to tell an endpoint what priority it has over other endpoints.  If there is a power shortage, Low priority devices will lose power before High priority devices and Critical devices will stay on as long as possible (even if it means shutting off everything else).

Power Value: This allows the switch to tell the endpoint how much power is available and what it is allowed to draw.  The endpoint uses the same variable to ask for more (or less) power, depending on what is needed.

In some earlier versions of Cisco equipment, the Cisco Discovery Protocol (CDP) may be used to negotiate power instead of LLDP, but it works in a similar fashion.

Look Out!  When Things Go ZAP in the Night…

So now that we know the basics of PoE and PoE+, what do we as network administrators need to watch out for?  We can watch our network’s power consumption at the switch level and at each individual ethernet port.

At the Ethernet Switch Level

Regardless of whether we have any PoE or PoE devices on our network, it can be very helpful to monitor the health of our network equipment’s power supplies. PathSolutions allows us to watch the status and power consumption of each power supply, what percentage of utilization we are running, and the level of alarms we may have set to warn us that we’re running low on power.

Keeping an eye on power supplies can help us to avoid unpleasant discoveries. One unlucky network administrator had two power supplies installed in a network chassis (one primary and one backup).  Unfortunately, when the primary power supply stopped working, nobody knew, since the backup power supply was doing its job of keeping everything running. The problem wasn’t noticed for over six months.  Nobody was in the empty remote wiring closet to noticed the lack of lights on the power supply.  The users remained blissfully unaware of impending doom until the wee hours of a weekend when the second power supply was shut off by a circuit-breaker trip!

At the Individual Ethernet Port Level

The other level to manage Power on is at the individual Ethernet Port.  Not only will PathSolutions show you what mode a PoE port is operating in, but it also provides a view of relevant error counters.  “MPS Absent” and “Invalid Signature” errors frequently point to broken or defective powered devices.  Overload conditions and short-circuits typically point to wiring problems (or somebody re-wiring devices in use).  “Denied” errors can point to devices asking for more power than the switch has available, and may indicate that it is time to consider adding another power supply to your large Ethernet chassis.

Now that we’ve shown you PoE and PoE+, you may be asking, “What’s next?”  Jumping into our corporate DeLorean and driving 88 Miles per hour to visit various IEEE committees and LAN switch vendors, we’ve seen some interesting technology from the future.

Inspired by a few too many double-stuffed Oreos™, some engineers are now experimenting with providing PoE+ level power on all four pairs of wire simultaneously.  This would bring total wattage up to the neighborhood of 50 watts.  As a temporary work-around, a few devices (mostly wireless access points) are using two separate PoE+ Ethernet ports to draw more power.  Yet to be answered: “How many engineers does it take to change a PoE light-bulb?”

Now that large racks of network equipment are being filled for massive datacenters and huge buildings, power engineers are looking at how they can lower power needed by the network even further.  Traditional Ethernet ports have always assumed that cables were the maximum 150 or 100 meters long with output signals and power strong enough to travel the full distance of a maximum-length cable.  As it turns out, very few Ethernet links are to connections that far away — in datacenters, patch cables are often only 1-3 feet long.  New Ethernet chipsets allow switches to measure the length of the cable and then reduce power and signal output.  This saves a tremendous amount of power, but still ensures that there is just enough signal and power to reach the end of the (short) cable.