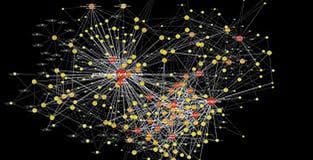 When the Obamacare website malfunctioned and crashed last year, resulting in an inability for consumers to apply for health insurance, the public got a small taste of the challenges associated with managing a massive government network. But if you think that network inefficiency affects only the healthcare sector, think again. As the recent “Federal Simplicity Report” from MeriTalk shows, network complexity is currently a widespread problem among  federal agencies.

According to the recent report, which surveyed 200 federal network managers, 94 percent claim that they have experienced downtime that has impacted their agency’s ability to complete their tasks. More than half of federal agencies claim their network complexity has increased during the past year. And 68 percent say it will continue to become more complex over the next three years. Network complexity will be exacerbated by network growth, and an increased reliance on virtualization, BYOD and cloud computing.

The only way for the federal government to simplify its network and reduce complexities is to invest in a solution that can provide total network visibility across all levels of its infrastructure. IT managers need the ability to identify the root cause—and exact location—of a network error in real-time. Having access to this type of software can ultimately mean the difference between performing network troubleshooting with complete guesswork, which can take days, or having the ability to solve a problem in minutes.