What the Airline Industry Needs is More Network Visibility 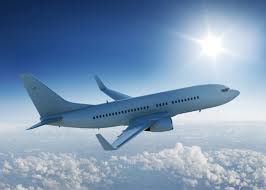 The network outages experienced by Southwest and Delta in July is a cautionary tale about the lack of visibility into network infrastructures. Here is a rundown, in case you were out of the loop:

On July 20, a router malfunctioned in Southwest’s network, resulting in a cascading technology glitch that ultimately took down the company’s reservations system and forced the company to ground its planes.

It took until July 25 to fix the problem. During the five-day outage, the company was forced to cancel more than 2,300 flights. And about 8,000 flights were delayed. It is estimated that Southwest lost between $5 million and $10 million in ticket sales during this time period.

According to USA Today, the pilots’ union voted 20-0 in favor of removing Kelly and Van de Ven following the incident. The powerful mechanics’ union is also calling for action in wake of the incident. So this incident should be a stark reminder for C-suite executives across all industries about the importance of prioritizing network maintenance. Major network outages are no longer a concern for the data center alone. Now, in some cases, the C-suite is being held responsible for failing to address underlying system vulnerabilities.

Delta also experienced a lengthy power outage that resulted in the cancellation of more than 2,100 flights. According to U.S. News, the outage occurred on August 8 when an electrical component caught fire, causing a transformer to fail. Delta’s network attempted to switch to a backup source, but not all of the servers were connected which created further issues. Complications lasted into the following day.

In light of these recent outages, some lawmakers are now expressing concern about aging and unreliable network infrastructure in the airline industry. Just look at an excerpt from a recent letter from Senators Richard Blumenthal (CT) and Ed Markey (MA) to 13 major U.S. carriers:

“Now that four air carriers control approximately 85 percent of domestic capacity, all it takes is one airline to experience an outage and thousands of passengers could be stranded,” explains the letter. “In light of these recent technology issues, we encourage you to ensure that your IT systems have the appropriate safeguards and backups in place to withstand power outages.

As of right now, there is no talk of impending legislation for tighter industry regulations surrounding airline IT systems. The 13 airlines are being asked by lawmakers, though, to provide  information about items such as recent outages, data on how many passengers have been impacted by outages descriptions of safeguards and backup systems and more. They have until September 16 to reply.

Here is our take on the issue:

We understand the plight that many airlines are in, regarding the need to keep aging technologies running under limited budgets. It’s simply not easy to secure the necessary funding to acquire new infrastructure, or to allocate the appropriate time for updating the network.

There is a solution that airlines can use, though, to improve network reliability and expedite root cause troubleshooting. The answer lies in total network visibility.

PathSolutions TotalView, for instance, is a product that airlines can use to perform ultra-fast, yet holistic, root cause troubleshooting. TotalView will scan a network in real-time, providing data on the health of every device on the network. What’s more, TotalView provides insight as to what is going on between devices.

This is the great part:

When TotalView discovers a network issue, it will report the exact location of the problem along with plain English instructions for resolving it. Network professionals can therefore solve the problem quickly, rather than spend all of their time searching for the actual cause.

What’s more, TotalView will provide comprehensive network performance/ issue resolution reports. So, when executives, industry officials or lawmakers start asking questions about the network, IT managers can pull historical data from the TotalView suite and use the information to highlight the steps that were taken to resolve the issue.

The ultimate goal with TotalView, though, is to identify potential issues before they lead to outages. TotalView is a great way to be proactive about network troubleshooting.

Want to learn more about how TotalView can help your business? Click here.