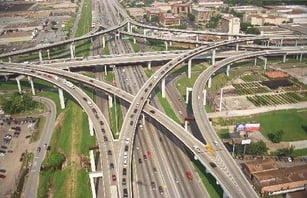 Under normal conditions, all of the cars inter-mingle on the freeways and arrive at their destinations, unscathed and on time. However, when the freeway gets congested, a bottleneck occurs and traffic on that freeway slows down.

To prevent slowdowns of certain packets (like VoIP packets), you can add a QoS tag to these packets, effectively marking them as "higher priority" packets. This is equivalent to putting lights and sirens on the top of these cars, allowing them to always cut through to the front of the line. 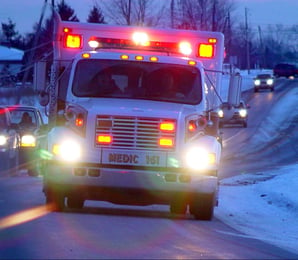 For example, you can adjust the Quality of Service (QoS) prioritization to the voice packets, to make sure that phone calls are always crisp and clear, during peak calling times.

Now by even once suggesting the voice packets are prioritized during the day, I anticipate a few webmasters will suddenly wonder if their websites are slower during peak calling times. The truth is that their sites may load a few milliseconds slower due to their packets being delayed slightly, but for most users this will never be noticed.

The result is that the VoIP users are happy, and the web users will not even notice – everyone wins!