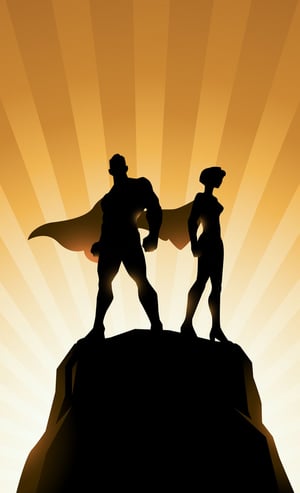 For System Administrator Appreciation Day, we asked our customers and many other SysAdmins to submit a story about their heroic deeds on the job. We wanted to recognize all the hard work that System Administrators do, keeping a company afloat and all systems running, 24/7.

We received many interesting stories, but we had to choose the best one to feature. We picked the one from Jason Gallo from Merchant’s Insurance Group in Buffalo, NY. Jason wrote:

"When I first took over this network, I was told that there were 'dead' ports on many of the switches throughout the organization. This reduction in ports was causing significant problems when adding equipment. After running through configurations, the problem was clear: the prior admin had added VLANs to many ports incorrectly, thus 'breaking' them for a connected device!"

Jason, your company was lucky you knew what to do when all the ports went 'dead'! I don’t know if you used TotalView to find the misconfigured VLANs, but you found them nevertheless.

As Spiderman once said, “The story of my life is not for the faint of heart. If somebody said it was a happy little tale... if somebody told you I was just your average ordinary guy, not a care in the world... somebody lied.”